Wall Street The Other Las Vegas 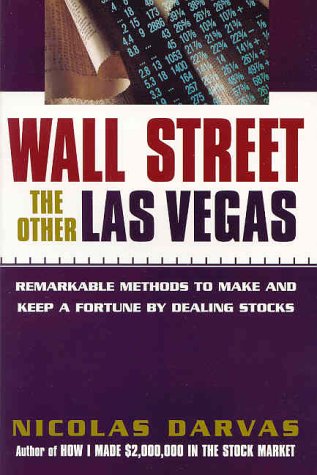 Wall Street The Other Las Vegas by Nicolas Darvas

From the book: Page 144 stating "the only stocks which would be of any interest to me would be those that were breaking all previous records: stocks not merely rising in price, but actually in their highest boxes ever."
Page 149 he mentions how he searched for potential stocks: he scanned for those stocks with a high that at least doubled the low for the year. He then started looked at those that were within a few points of the high. Later on that page he notes "I then subjected them to further tests, but these were largely dependant on judgement and no absolute rules could be laid down for them." These boiled down to what he called his Techno-Fundamentalist method relying on volume, breakouts, "story" and expected earnings.