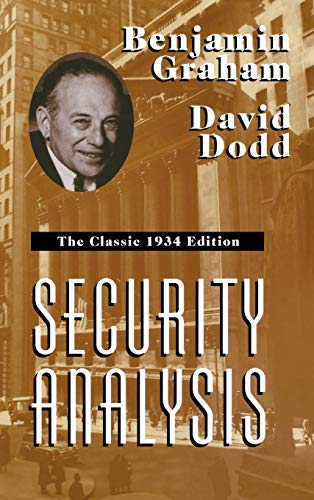 This classic book secured Benjamin Graham's status as a Wall street immortal. the carefully honed methods for finding undervalued stocks and bonds he described here have never been equaled, and have already outlived their author by more than 20 years. Even as Security Analysis has gone through five editions and nearly a million copes, you can learn time-tested investment secrets and strategies by going back to the source - and paying close attention to its wisdom. Written just five years after the crash, Security Analysis's message today is just as vivid, just as lucid, and just as vital as it was in 1934.